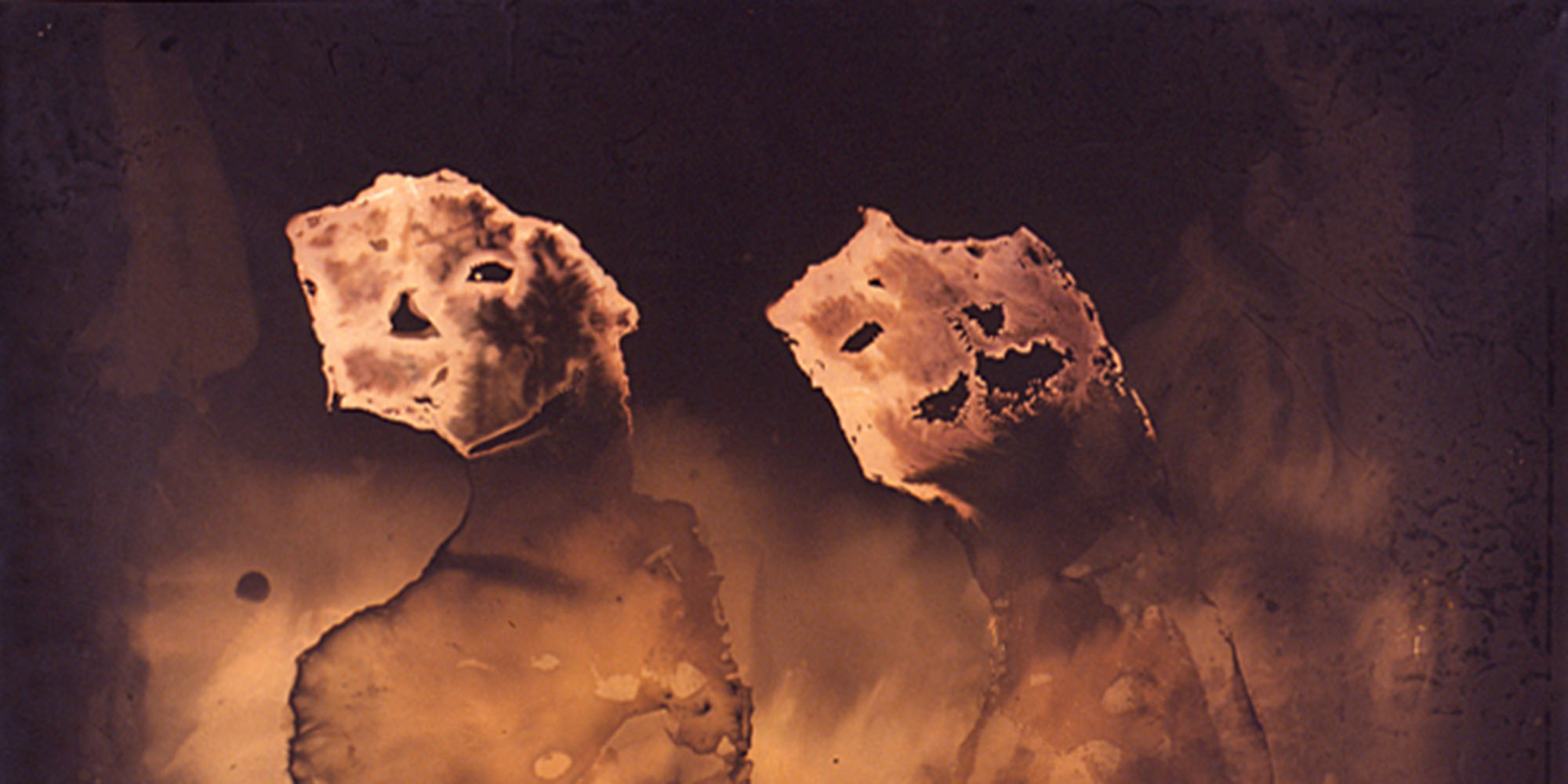 Ubu Gallery and Janos Gat Gallery presented collaborative exhibitions of two exceptional bodies of work by Théodore Brauner: Solarfixes—Photographic Paintings (exhibited for the first time since 1952 at Ubu Gallery) and The Masks—Photographic Anthropomorphisms (exhibited for the first time ever at Janos Gat Gallery). Born in Vienna in 1914, Brauner and his family moved to Romania that same year. As the youngest member of the Romanian Surrealist group, Alge, Brauner first made “Solarfixes” in Bucharest in 1934. These were photographs in which neither camera nor darkroom was employed. Instead, sunlight created the exposure and color was added later through unknown chemical recipes and processes. Brauner viewed his “Solarfixes” as pure painting with light and, because he refused to exhibit them in galleries devoted exclusively to photography, they were shown only once before, at the Beth Haomanim in Jerusalem.