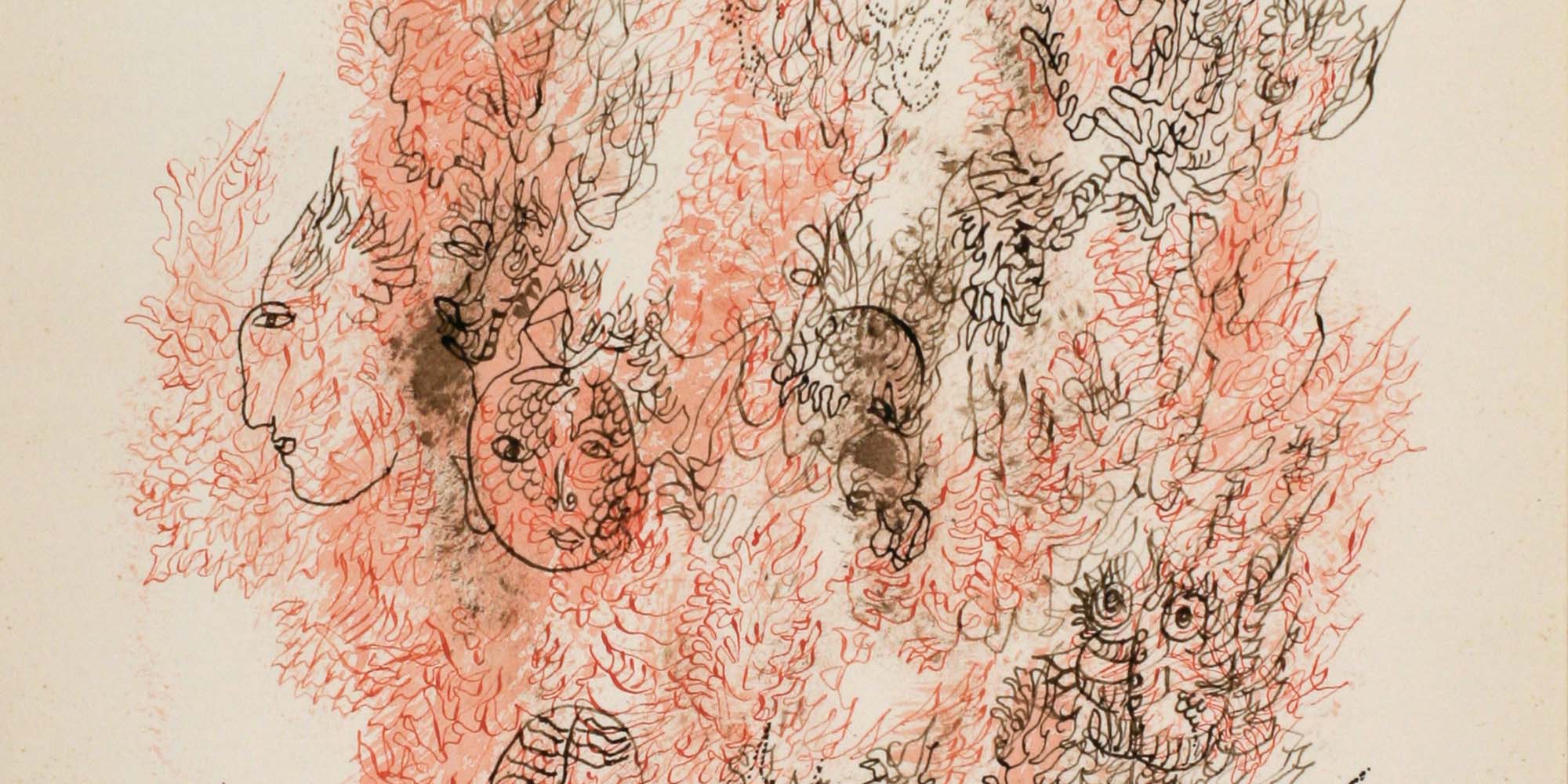 Unica Zürn: Drawings from the 1960s

Ubu Gallery presented an exhibition of works by the tormented and visionary Unica Zürn. Born in Berlin on July 6, 1916, Zürn grew up surrounded by exotic, ephemeral objects collected by her father, a cavalry officer stationed in Africa. Inspired perhaps in part by her father’s gifts from afar and a longing for greater contact with him, Zürn developed a rich fantasy life and a vivid imagination. This is evidenced in her dense, otherworldly drawings of fantastical creatures meticulously constructed out of finely rendered, obsessively repetitive shapes and lines. Already an accomplished author, Zürn produced most of her oeuvre during the 1950s and 60s while involved with the German Surrealist, Hans Bellmer. With Bellmer’s encouragement, Zürn began to experiment with “automatic” drawings and anagrams, natural extensions of her established interest in hidden meanings and coincidences. Most of the drawings in the exhibition were made during the 1960s—an intensely productive period for Zürn—though one marked by her deteriorating mental health and the unraveling of her relationship with Bellmer. On October 19, 1970, Zürn leapt to her death from the balcony of the Paris apartment she had shared with Bellmer. Upon his death in 1975, Bellmer was buried, at his request, next to Zürn in Paris’s Père-Lachaise Cemetery. Their grave is marked with the words Bellmer wrote for Zürn’s funeral wreath nearly five years before: “My love will follow you into Eternity.”