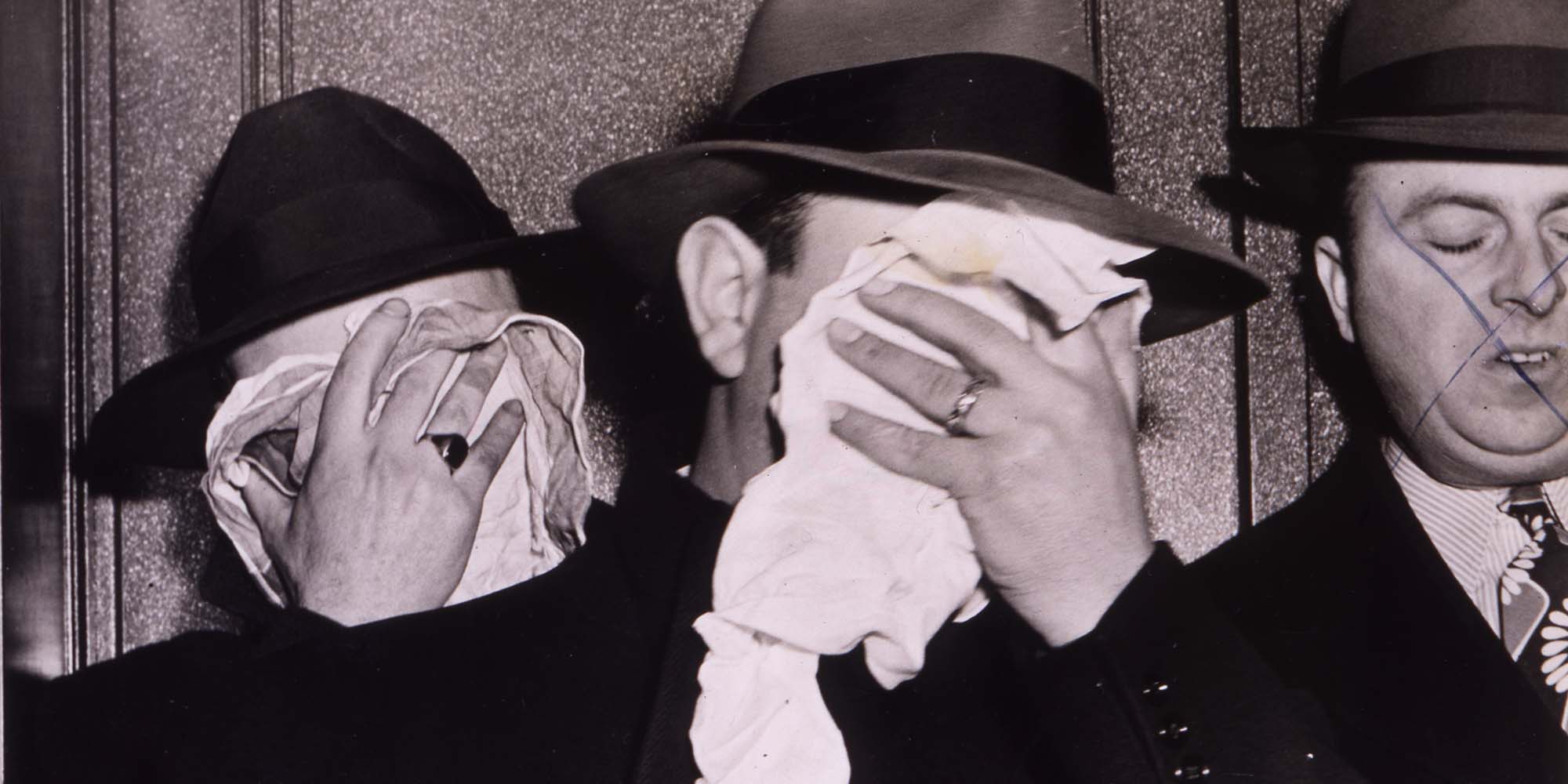 Weegee’s Story: A Collection of 220 of Weegee’s Finest Vintage Photographs

Arguably the single most important collection of Weegee’s works extant, consisting of more than 220 vintage photographs, this exhibition offered a rare survey of Weegee’s greatest images. The group reveals the range within the photographer’s expansive body of work, including sensational, photojournalistic documents of gangland murders and five-alarm fires; captivating and raw depictions of urban America; and sympathetic portraits of New York City’s endless parade of human oddities. Weegee (Arthur Fellig) trained his lens on the crime and despair of late-1930s New York, still in the throes of the Depression and heading towards World War II. He stayed close to the New York Police Department and, in 1938, was granted special permission to tune in to the police radio frequency. For nearly a decade, he worked all night long following the radio’s trail of mafia shootings, auto accidents, suicides, building fires and the like, publishing the shocking images in all the major tabloid newspapers. Simultaneously, Weegee was making photographs of New York’s nightlife and high society, of quiet streetscapes and of people existing at the margins of society—from the city’s ethnic minorities to its transsexuals and prostitutes—all of which generated broad public interest in his work. It was not until the 1970s, however, that Weegee’s centrality to the development of modern photojournalism was properly recognized with national and international exhibitions. The collection displayed at Ubu Gallery has recently completed a nearly four-year international museum tour, stopping at museums in five different countries.