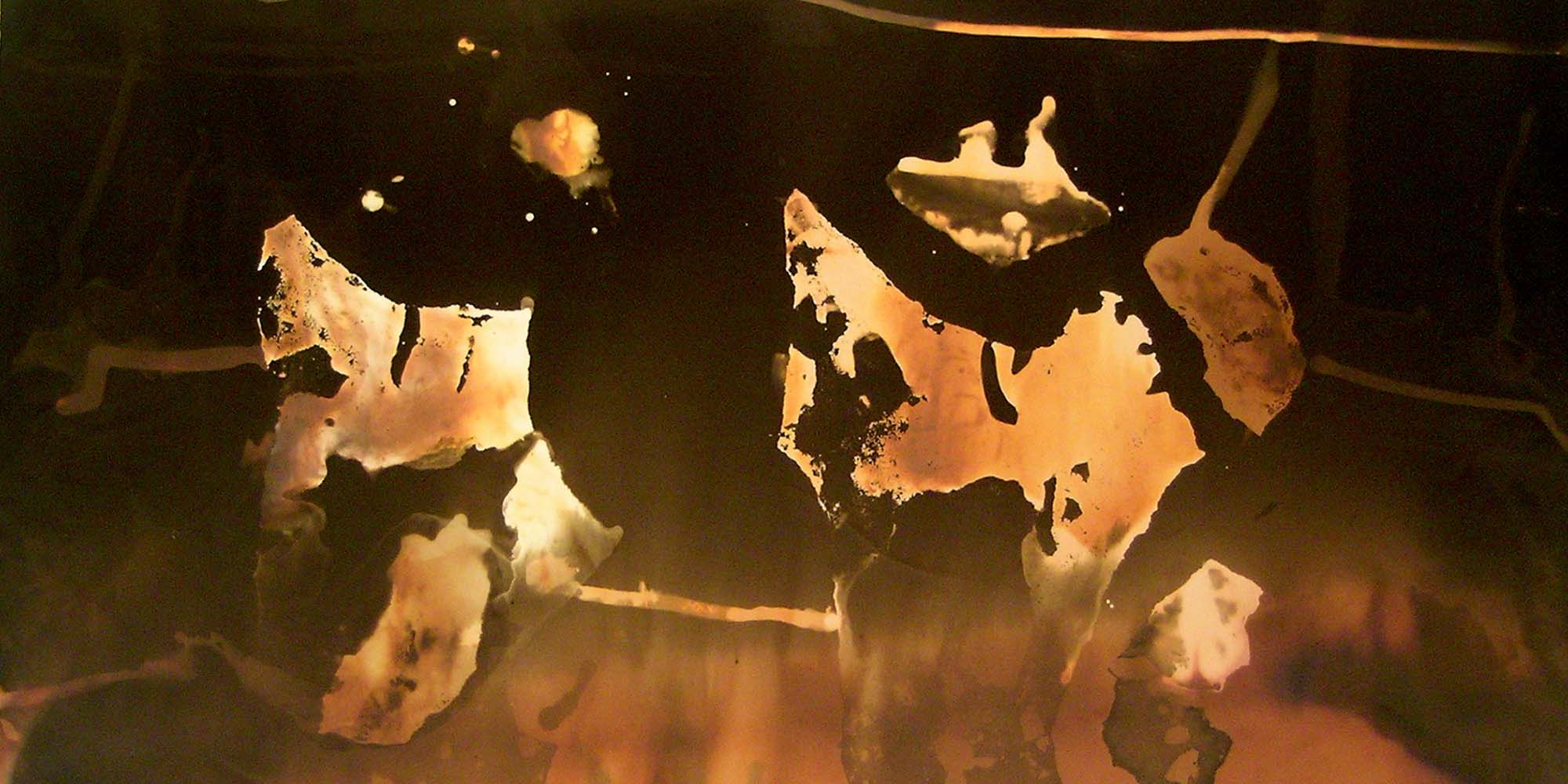 Théodore Brauner was born in Vienna in 1914. His father, a poet, was involved in Theosophy. His older brother Victor, a noted painter, was involved in Surrealism. Brauner’s life can be seen as a process of reconciling the two.

He was a man haunted by dualities – from the obvious light and dark, black and white of photograph and their metaphysical resonances, to the intersection of the animate and the inanimate, to the division of his art into two discrete practices.

In 1934, at the age of twenty, Brauner began his abstract work, Solarfixes. These are photographs made without a camera or a darkroom. Making photographs without a camera was nothing new. Photography began without the camera, with the pure manipulation of photosensitive places or paper. Even by 1934, there was a long tradition of the “photogram”, that is the usual term for the photograph made without a camera. But Brauner said his pictures were not “photograms,” because he worked without a darkroom or darkroom equipment. He used photographic paper, sunlight (sometimes even moonlight) and a variety of chemicals. His chemicals recipes are unknown, as are the exact techniques he used to create these beautiful and delicate works.

Brauner worked toward his radical method gradually. “[First] a very personal preparation of negatives over sheets of paper of different transparencies. Then interference through the intermediary materials…causing mutations among them. The result pulls me into an irresistible adventure…elimnation of the enlarger: direct work on sensitive paper, the relevation of the progress of my primary quest.”