Man Ray (August 27, 1890 – November 18, 1976), born Emmanuel Radnitzky, was an American artist who is known for his innovation and experimentation in photography. The artist created his first photograms in 1922, shortly after arriving in Paris where he would spend most of his career. He dubbed this works “rayographs,” and created them by using material, models’ body parts, and other objects to cover photosensitive paper and then exposing it to light. Man Ray’s other works, which include drawings, paintings, and even a chess set, are considered major contributions to both Dada and Surrealism. 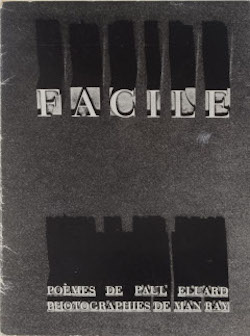 Ubu Gallery would like to commemorate the 52nd anniversary of the death of Unica Zürn. She is remembered for her dense, otherworldly drawings of fantastical creatures meticulously constructed out of finely rendered, obsessively repetitive shapes and lines. She produced the bulk of her body of work in the 1950s and 1960s, by which time she had already become an author. While involved with the German Surrealist, Hans Bellmer, Zürn began to experiment with “automatic” drawings and anagrams, natural extensions of her established interest in hidden meanings and coincidences. 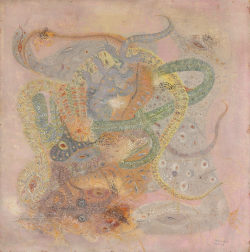 Ubu Gallery is pleased to be taking part in a new exhibition at the American Folk Art Museum. Morris Hirshfield Rediscovered solely focuses on works by the self-taught artist, who was active in the 1930s-1940s and recognized by important figures in the international art world like Marcel Duchamp and Peggy Guggenheim. Hirshfield also took part in the 1942 First Papers of Surrealism exhibition, which was organized by Duchamp. Originally a tailor and then a shoe designer, Hirshfield created his body of work after his retirement and therefore had a brief but influential career. More information about the exhibition can be found here. Hirshfield’s works can be viewed until January 29, 2023. 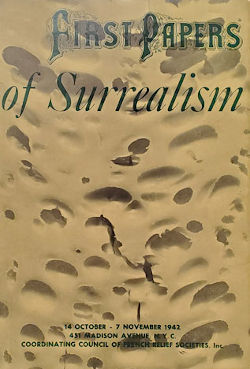 Toyen (21 September 1902 – 9 November 1980) was the pseudonym of Marie Čermínová, a Czech painter, illustrator, and drafter. The artist was a co-founder of the Czech Surrealist Movement, and eventually joined the Paris Surrealists in the 1940’s. The name “Toyen” was adopted by the artist in 1923 as a renouncement of gender and is believed to come from the French word for citizen – “citoyen” or from the Czech phrase “to je on”- meaning “it is he.” Toyen’s work was often highly political and referenced eroticism, gender, revolt against societal norms, as well as the experiences of women. 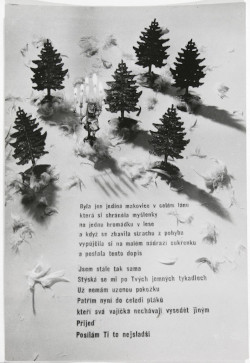 The exhibition Prague-Paris at Orbis Pictus Gallery has been extended until October 8, 2022. The exhibition, which includes 5 works from Ubu Gallery, focuses on Czech artists who come to live and create in Paris in search of creative freedom in the expression and production of their art. 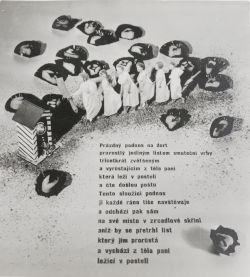 Born in Berlin on July 6, 1916, Unica Zürn grew up surrounded by exotic, ephemeral objects collected by her father, a cavalry officer stationed in Africa. Inspired perhaps in part by her father’s gifts from afar and a longing for greater contact with him, Zürn developed a rich fantasy life and a vivid imagination. This is evidenced in her dense, otherworldly drawings of fantastical creatures meticulously constructed out of finely rendered, obsessively repetitive shapes and lines.

Already an accomplished author, Zürn produced most of her oeuvre during the 1950s and 60s while involved with the German Surrealist, Hans Bellmer. With Bellmer’s encouragement, Zürn began to experiment with “automatic” drawings and anagrams, natural extensions of her established interest in hidden meanings and coincidences. Most of the works in the exhibition were made during the 1960s—an intensely productive period for Zürn—though one marked by her deteriorating mental health and the unraveling of her relationship with Bellmer. On October 19, 1970, Zürn leapt to her death from the balcony of the Paris apartment she had shared with Bellmer. Upon his death in 1975, Bellmer was buried, at his request, next to Zürn in Paris’s Père-Lachaise Cemetery. Their grave is marked with the words Bellmer wrote for Zürn’s funeral wreath nearly five years before: “My love will follow you into Eternity.” 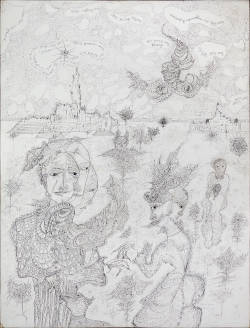 Ubu Gallery is pleased to take part in a new exhibition at the Museo di Arte modern e contemporanea di Trento e Rovereto (MART). Arte e Eros: Klossowski, Molinier, Bellmer, Rama opens July 1st and builds on a series of drawings by Pierre Klossowski. The exhibition then aims to create a connecting thread though the works of Pierre Molinier, Hans Bellmer, and Carol Rama through the lens of Klossowski’s de Sadean imagery. Further information about the exhibition can be found here. 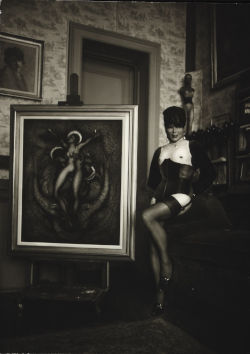 THE MACHINE-GUNNERESS IN A STATE OF GRACE: FORELAND ART CENTER

Ubu Gallery is pleased to take part in a new exhibition at Foreland Art Center in Catskill, New York. Works by Hans Bellmer will be part of The Machine-Gunneress in a State of Grace, presented by New Discretions as part of Foreland’s slate of July exhibitions. Further information about the Foreland Art Center and all upcoming events can be found here. In addition, an interview with the founder of Foreland, Stef Halmos, has been published in the New York Times and can be read here.

A new exhibition has opened at Longtermhandstand Gallery in Budapest, Hungary. In collaboration with Janos Gat Gallery in New York, it focuses on the works of Judit Reigl, specially those on paper. The exhibition opens April 11 and continues until May 4, 2022. Further information can be found on the gallery’s website here. 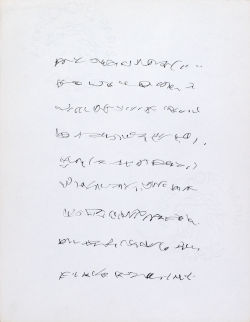 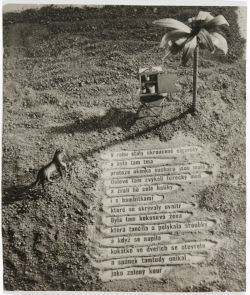