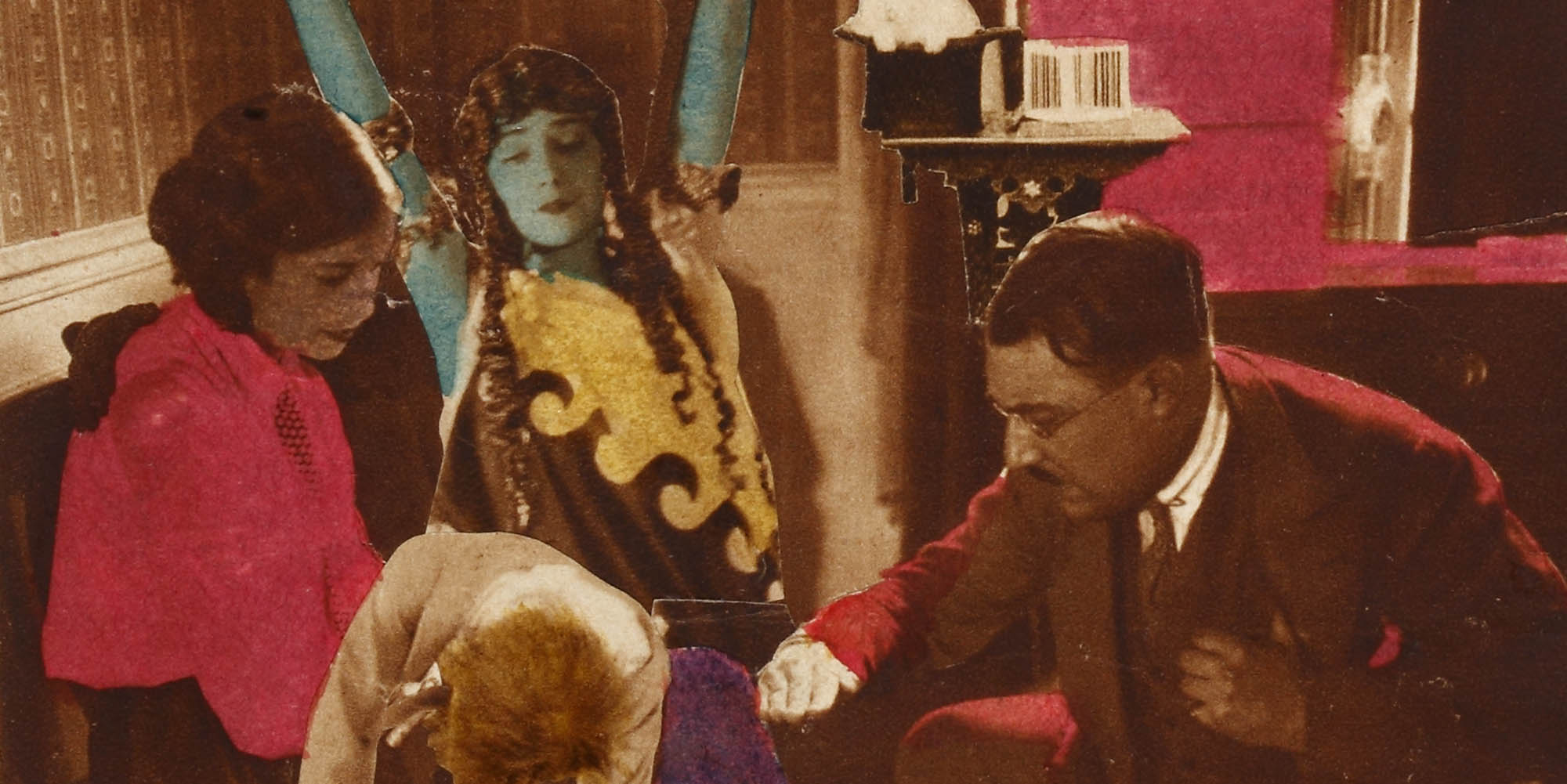 Never before exhibited in the United States, these collages were originally contained within a spiral-bound sketchbook and were part of Breton’s estate, which was dispersed in 2003. Although individual authorship cannot be confirmed for each work, the set is a unique contribution to Surrealism. Figures are in transformative or ambiguous states; disembodied heads, hands and eyes float out from the frames; and symbols of magic and chance are repeated throughout. A prevalent juxtaposing of religious and war imagery emphasizes the wit and mockery typical of the Surrealists.

Poet, writer, theorist and principal figure of the Surrealist movement, André Breton (1896-1966), collaborated with the poet and writer Paul Éluard (1895-1952), from the 1920s onward. While living at the same address, 42 rue Fontaine in Paris, the two produced one of their most well-known projects, L’Immaculée Conception, [“The Immaculate Conception”] in 1930. The collages on view date from approximately the same period and were reproduced in surrealist publications in the years to come. Two of the thirty-three were included in volumes of Surréalisme au service de la révolution (both May 1933), the successor publication to La Révolution Surréaliste. One of the works, Les Martiniquaises étaient descendues de leur estrade [“The Martiniquais had Descended from Their Platform”] was also published in the 1938 Dictionnaire abrégé du surréalisme [“Abridged Dictionary of Surrealism”], where it is attributed solely to Éluard.

The lesser known Muzard (1900-1992), met Breton in 1927 and engaged in Surrealist games and dialogues and created artworks until about 1931. Breton began a romantic relationship with Muzard shortly after his affair with the Surrealist author Lise Deharme ended. Although Muzard married the writer Emmanuel Berl in 1928, she continued to see Breton and it is believed that their brief but tumultuous relationship inspired his 1931 poem Union Libre [“Free Union”]. Muzard is also thought to be referred to in Breton’s 1932 work Les Vases Communicants, as “X.”

Breton would continue to collaborate with Éluard until their political views drew them apart in the late 1930s. Breton’s time with Muzard, although limited, was one of passion. In addition to composing a number of poems in reference to Muzard, which were only published posthumously, the two participated in Surrealist dialogues together, one of which from 1928 contained the following:

Breton – What hovers above S. and me?
Muzard – Large black, threatening clouds.

A catalogue produced by Galerie Maldoror, Prague is available for purchase at the Ubu Gallery store.