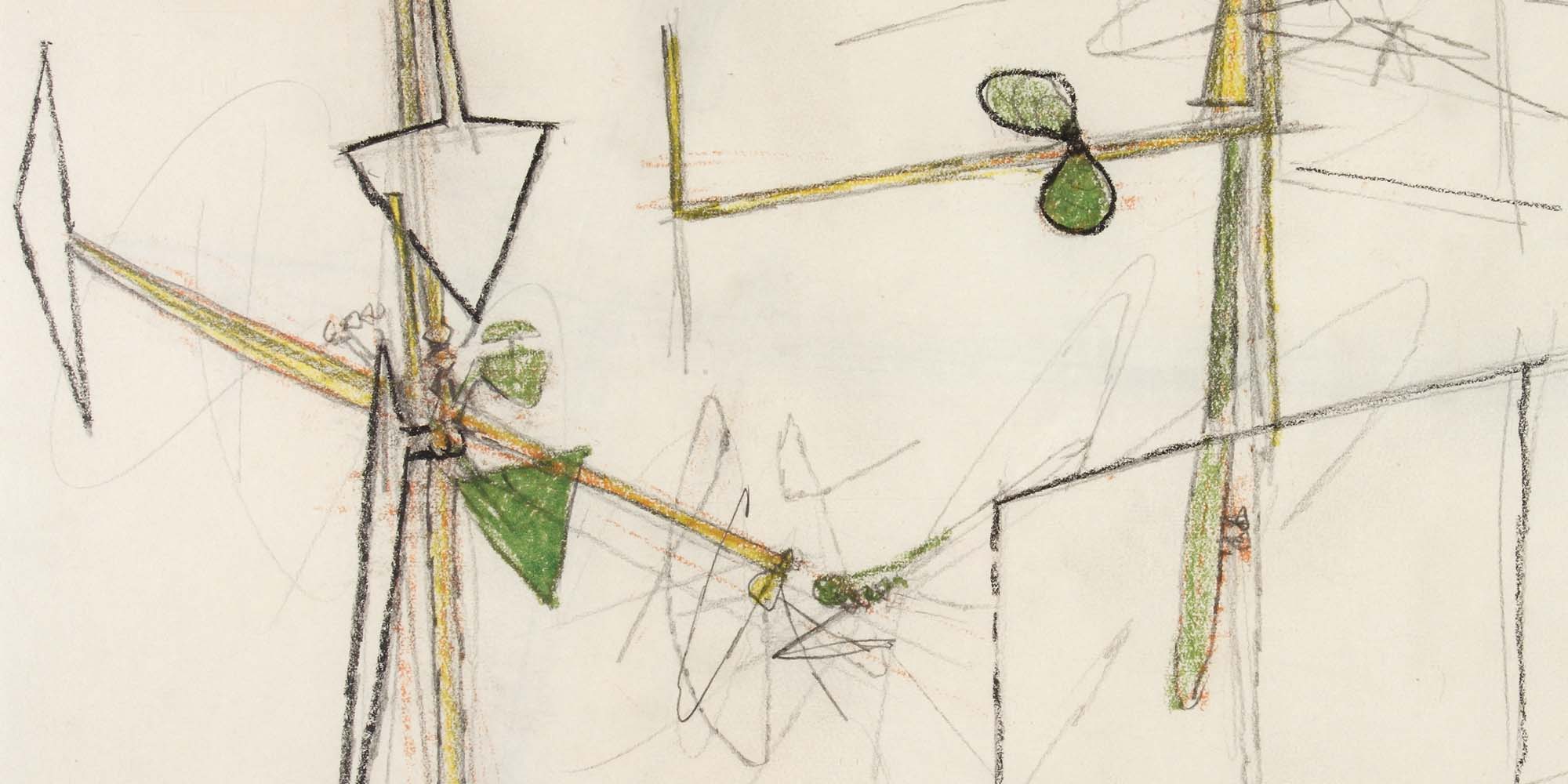 Ubu Gallery is pleased to have participated in FIAC 2015. In collaboration with Galerie Sophie Scheidecker, Paris, Ubu Gallery presented a booth that explored the relationship between Surrealism and Abstraction in both European and American movements.

Abstraction is, at its root, quite similar to the principles of Surrealism: abstract art is not representative of the material reality one experiences in nature, nor is the objective concrete inherent to Surrealist works. Suppression of the definitive in favor of the illusory or metaphysical was the primary objective of the Surrealist Movement, as stated by André Breton in his manifesto – “psychic automatism in its pure state, by which one proposes to express—verbally, by means of the written word, or in any other manner—the actual functioning of thought.”

The non-representational qualities of automatic drawing, so heralded by Breton and the Surrealists, are similar to abstract works in their renouncement of pre-defined subjects or compositions. Unica Zurn’s work is precariously situated in the nexus of these two concepts, utilizing an automatic approach (Surrealism) to reveal geometric and fractal forms (Abstraction). Joan Miró’s employment of color and line similarly result in abstract outcomes. Han’s Bellmer’s use of a modified doll inhabits this intersection as well—relying on known pieces of the human body but constructed in such a way (doubled, multiplied and recomposed) that his photographs of the final incantations of the doll have had reality muted; they exist outside of the natural realm, their authenticity abstracted.

Both artistic genres were also counter-movements in their challenge to accepted notions of aesthetics—Abstraction in opposition to the figurative and perspective-based portrayals that had been the dominant form of representation since the Renaissance; Surrealism arising from a Dada-hostility towards “rational thought,” a restriction on the imaginative psyche and a sensible philosophy which had led the world into senseless war. Both movements were also informed by advances in mathematics, science and technology during the first decades of the 20th century. These advancements, which influenced architecture, cinema, design and the fine arts, aided in understanding the world in a way that was not limited to strict sensory observation—space and time shaped reality. Man Ray’s Objet trouvé / Objet non-euclidien I [“Found object / Non-Euclidean Object I”] is a physical manifestation of his research into the lay writings on celestial and mathematical philosophy by Henri Poincaré. Roberto Matta was another Surrealist fascinated by depicting an un-reality informed by the mathematics of space and time, resulting in abstruse, abstract environments that suggest landscapes but have no recognizable icons of realistic landscapes. Yves Tanguy’s “landscapes” have a more definitive horizon but are still removed from the authentic world as they are populated by amorphous shapes.