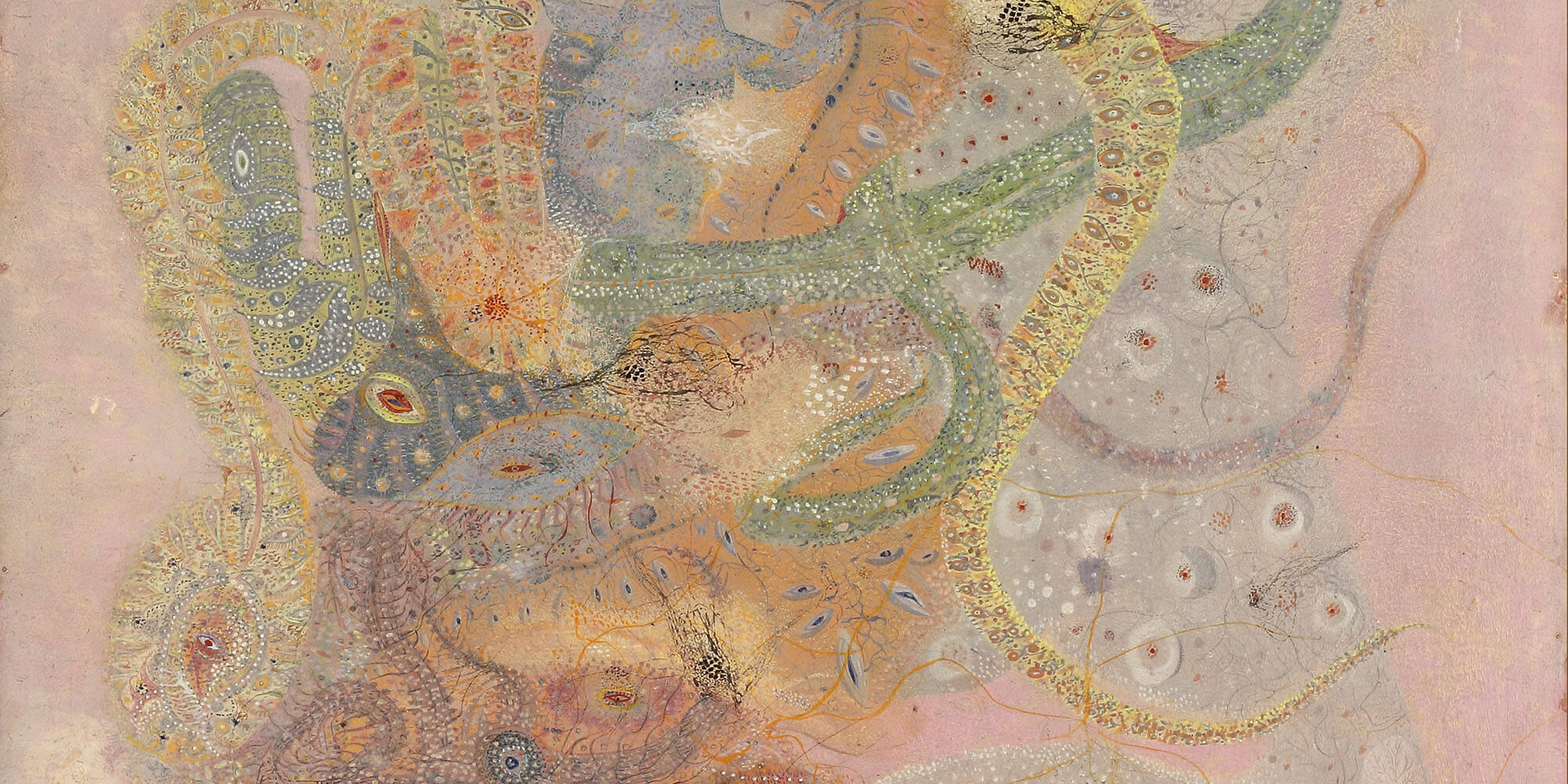 Although both artists have been (to different degrees) obscured from the Surrealist canon, Hans Bellmer (1902-1975) has received acclaim in the decades since his death in 1975 with major retrospectives at the Centre Pompidou, the International Center of Photography in New York, and more recently in the multi-venue exhibition, Double Sexus: Hans Bellmer and Louise Bourgeois. Bellmer is best known for a series of photographs of two life-sized adolescent female dolls created by him and captured in sexually-laden environments of his own staging. Constructed and photographed between 1934 and 1938, the lighting and mise-en-scène of the dolls—with their nods to German expressionist cinema, Renaissance religious painting and illumination, and explicit fetishism—allowed Bellmer to realize a personal language of desire. Deeply influenced by the Northern European tradition of draftsmanship pioneered by Dürer and Cranach, among others, Bellmer focused on drawings and prints during the post-war period. In addition to drawings and a painting created during his relationship with Zürn, a set of salacious photographs produced in 1946 as studies for engravings to accompany Georges Bataille’s Histoire de l’oeil [“Story of the Eye”] will be on display. Bellmer’s work in these mediums displays the persistence he brought to his endeavor to portray “the dizzying heights of passion and to do so to the extent of creating new desires.”

Although Unica Zürn (1916-1970) exhibited alongside Bellmer, Jean (Hans) Arp, André Breton, and Marcel Duchamp at the 1959 Exposition Internationale du Surréalisme, her serpentine and chimerical works have only been seriously examined over the past two decades, with more recent major exhibitions at the Halle Saint Pierre, Paris and The Drawing Center in New York. Already an accomplished author, Zürn fully explored her artistic potential and produced substantially all of her oeuvre during the 1950s and 60s while intimately involved with Bellmer. With his encouragement, as well as her introduction to the Surrealist circle of Breton, Man Ray, and Henri Michaux, Zürn began to experiment with automatic drawings and anagrams, natural extensions of her established interest in hidden meanings and coincidences. The multiplicity of “self” so evident in her writings and drawings was not restricted to Zürn’s artistic endeavors; generally categorized as schizophrenic, she would spend the final decade of her life in and out of psychiatric institutions.

Bellmer and Zürn’s turbulent relationship began after meeting at Bellmer’s first solo exhibition in post-War Germany at the Maison de France organized by Rudolf Springer in 1953 and lasted until Zürn’s suicide in 1970. Companions in life and in art, both artists encouraged each other in a deep exploration of permutations and transformations of the body, eroticism, language, and ritual.