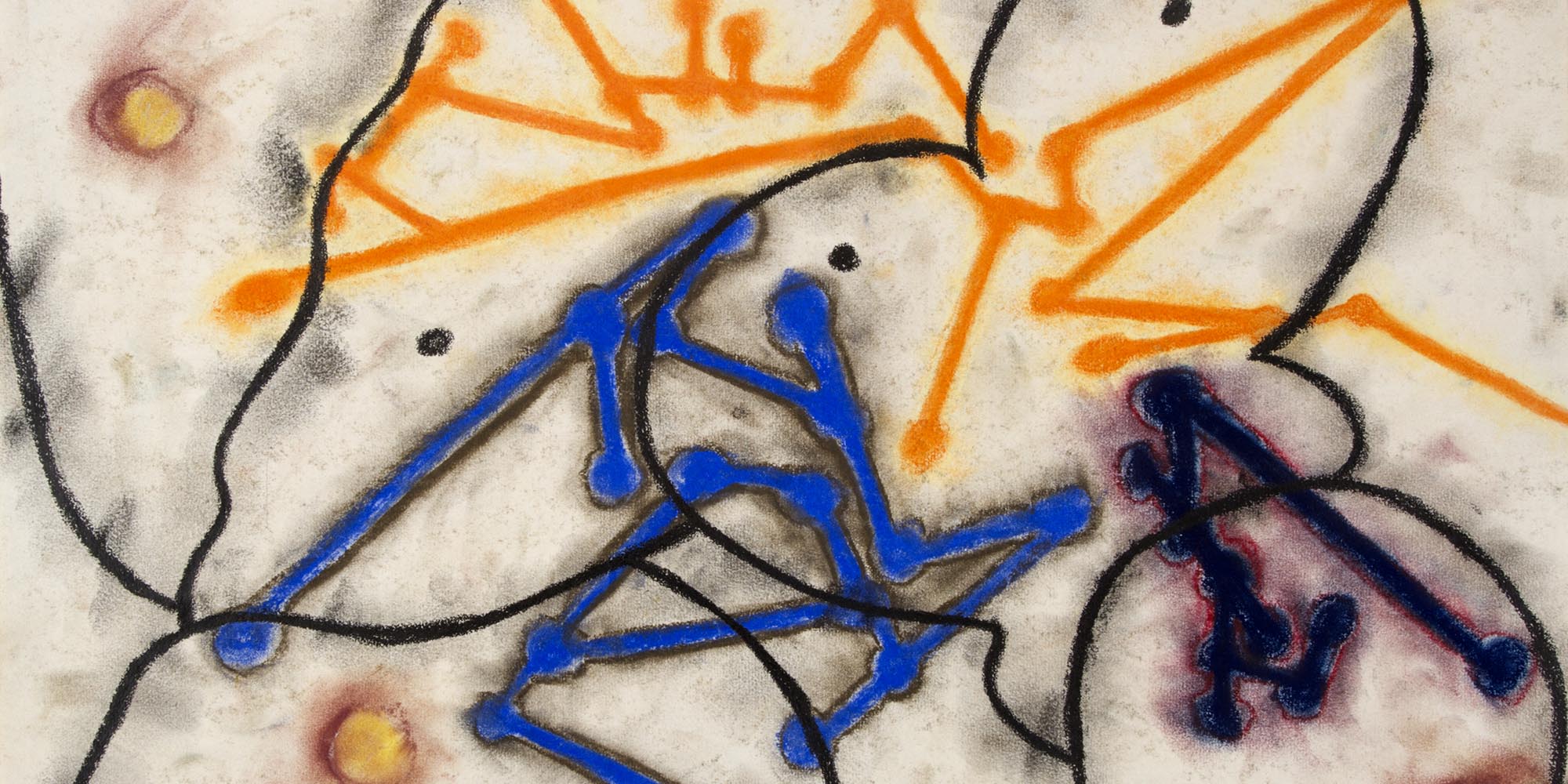 Best known as the founder—in 1947, along with his wife, Judith Malina—of the itinerant, avant-garde performance ensemble known as The Living Theatre, Julian Beck dropped out of Yale in 1943 at the age of 18 to paint and write in New York City. Alongside Jackson Pollock, Robert Motherwell, William Baziotes, Willem de Kooning and other members of the New York Abstract Expressionist group, he exhibited at Peggy Guggenheim’s groundbreaking Art of This Century gallery in 1945 and at others—including Bernard-Ganymede and Tibor de Nagy—through 1958. The exhibition at Ubu Gallery consisted largely of early “gestural” and “automatic” works on paper, as well as of several works on canvas. Prominently featured in this exhibition is a series of paintings with silkscreen overlay announcing The Living Theatre’s performances at the Cherry Lane Theatre in August, 1952 of Ubu The King (Ubu Roi) by Alfred Jarry and The Heroes by John Ashbery.