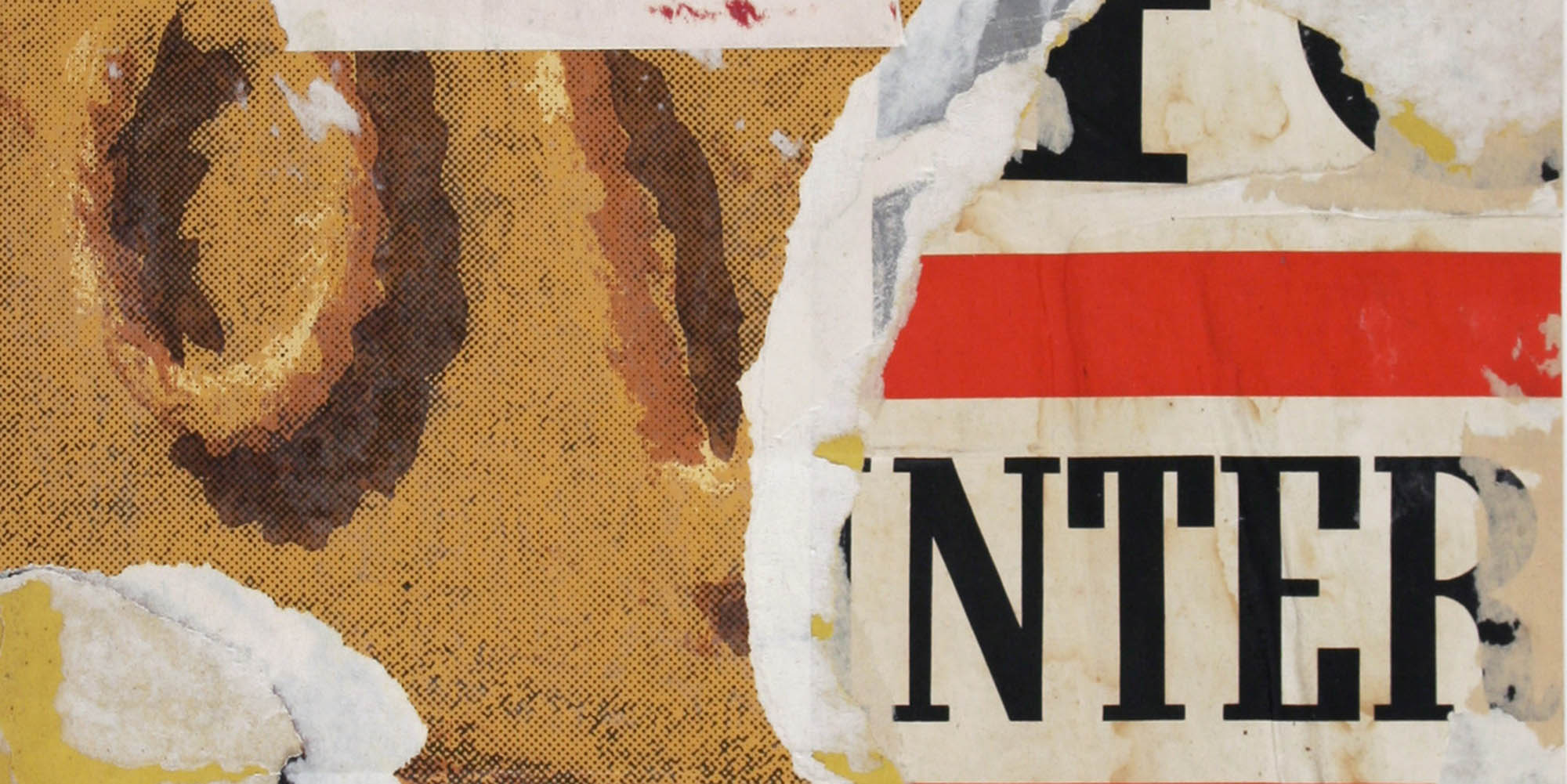 Ubu Gallery presented an exhibition which looked at the unique form of décollage — literally “un-pasting,” the opposite of the built-up layering of collage — practiced by Jacques Villeglé since 1949. Appropriating sections of torn posters salvaged from the street, Villeglé chose those which best incorporate the “spontaneous, iconoclastic gestures of a passerby” by a whole repertoire of rips, scratches, scrawls, smears, gashes, gougings, abrasions, inscriptions, over pastings and the ravaging effects of the elements. What derives is an abstract, “ready-made,” raw and impromptu form of “concrete” or visual poetry.