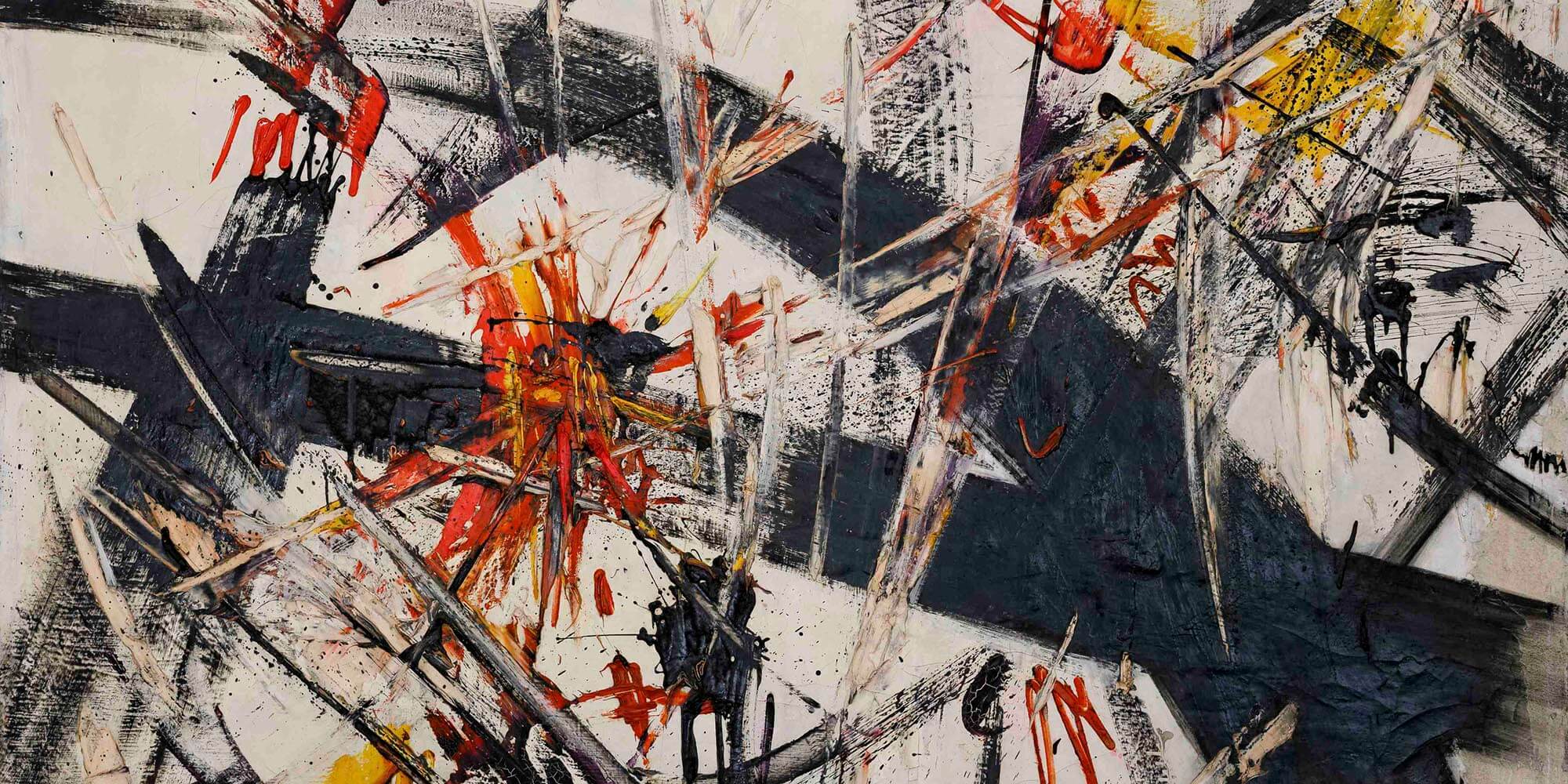 Ubu Gallery presented Judit Reigl: Annus Mirabilis, Annus Horribilis. Works from May 1954 – June 1955, an exhibition of drawings, collages and paintings made in the course of a single year.

For her biographers, 1954 is considered the annus mirabilis in Judit Reigl’s career, the year of her discovery by André Breton. Moved by Reigl’s 1950 painting, They Have an Unquenchable Thirst for the Endless, Breton declared the work a Surrealist masterpiece and presented the artist’s first solo exhibition in Paris in November 1954 at the Surrealist gallery, L’Étoile scellée. Touted by Breton as the great hope for the future of painting—with Max Ernst lending support from the wings—her presence was finally recognized by the notables of the art world. Reigl, however, remembers 1954 as annus horribilis: a year of personal drama, the only bleak period of her life, which she writes off as chaos—a void that she had to fill with work just to remain alive.

This exhibition was produced in collaboration with Janos Gat Gallery.

ARTIST
Judit Reigl
Further information and an extensive selection of works may be viewed on the artist’s website.