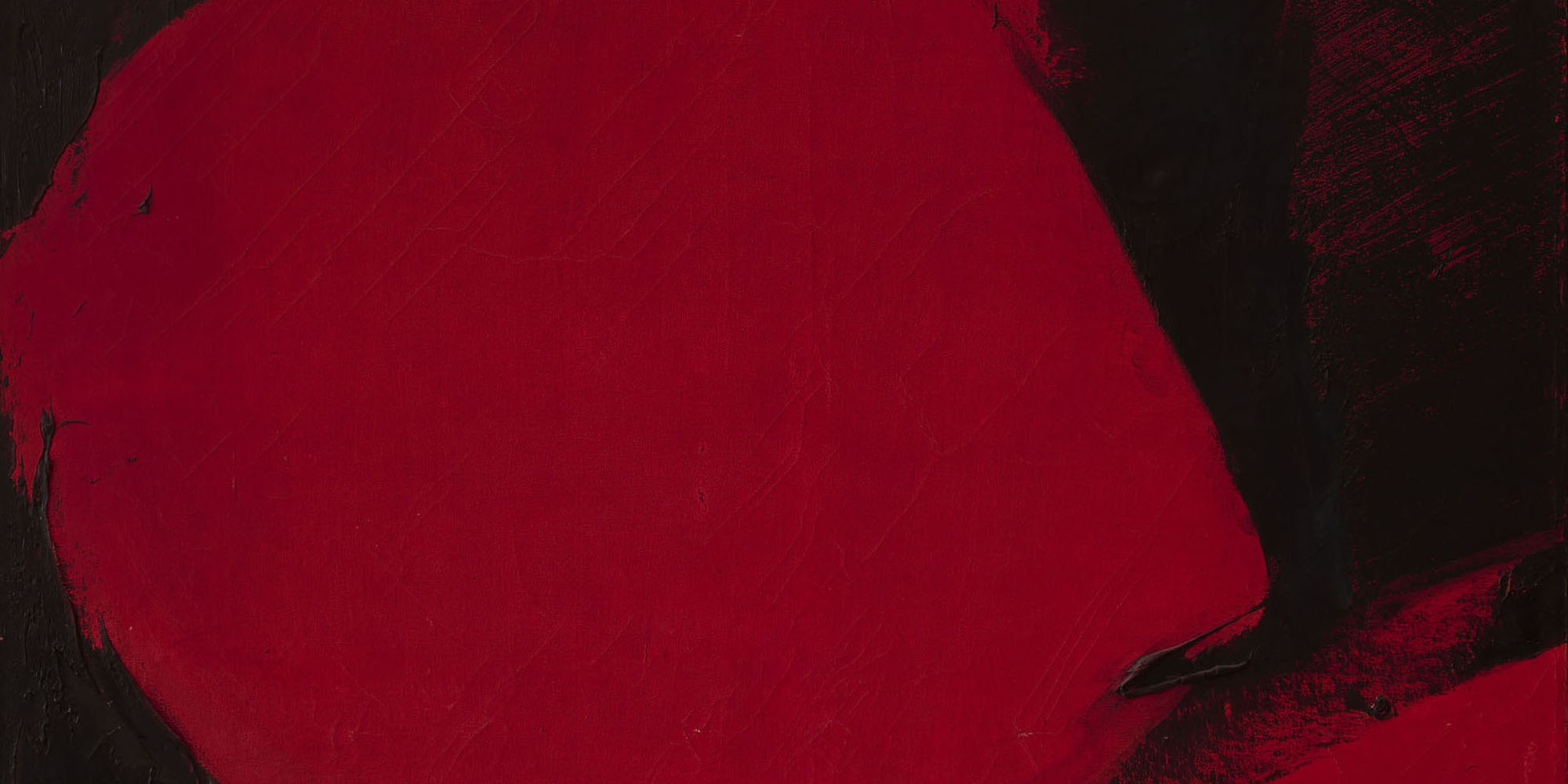 Ubu Gallery’s exhibition of Judit Reigl’s Weightlessness paintings (formally Expérience d’apesanteur, 1965–1966) was the first in the United States to be exclusively dedicated to this important series. It is also the third solo exhibition presented by Ubu of Reigl, one of the most original figures of post-World War II art. Now 95, Reigl is hailed for discarding boundaries and rules once deemed absolute. Reigl defies traditional and often antagonistic dichotomies as she obliterates the distinction between the front and back of the canvas, utilizing both sides of the work, alternates between the figurative and non-objective and reconciles aspects of Surrealism and abstraction.

According to the critic Marcia E. Vetrocq, “Reigl had been working on the abstract series Mass Writing (Ecriture en masse, 1956–1966) when its jagged zones of paint began to expand and evoke fragments of the deconstructed body. She discerned the start of a new series, Weightlessness, whose abstraction then yielded to the overtly figurative paintings of Man (Homme, 1966–1972).” Rectangles of roughly 45 x 35 inches (115 x 90 cm), the Weightlessness canvases comprise the final subseries of Mass Writing. While the paintings of the Weightlessness series are readily distinguishable from the rest of her oeuvre by their relatively small size, they are also recognizable by virtue of Reigl’s use of a well-respected painter’s trick. For her earlier Mass Writing paintings, Reigl propped large, stretched canvases against the studio wall and troweled on the paint with upward motions. The ascending movement, preserved as rich texture, is accented by the occasional drip. In making the Weightlessness series, to reinforce the effect of the upward flow, Reigl applied thick layers of paint and then turned the wet painting upside down to dry, thereby adding the pull of gravity to her effort. With the canvas rotated back, the paint, flouting Newton’s law of universal gravitation, sags and drips upward. This sensation of weightlessness derives not only from the texture and the drips; the sharply divided forms of the paintings seem to rise from the canvas, equally defying the gravitational pull.

Reigl’s escape from her native Hungary for Paris in 1950 was arduous and perilous. In 1954, André Breton presented Reigl’s first solo exhibition; since then she has shown consistently in museums and galleries throughout Europe and the United States. Most recently, the Musée d’Art Moderne in Paris mounted a survey of her work and she will be included in the Metropolitan Museum’s Epic Abstraction: Pollock to Herrera exhibition, which opened on December 17th.

Ubu’s presentation coincided with an exhibition of the artist’s recent drawings, Judit Reigl: Dance of Death, at the Shepherd W & K Galleries located at 58 East 79th Street in Manhattan, which was on view from September 25–October 20, 2018. Both exhibitions were presented in collaboration with Janos Gat Gallery.

ARTIST
Judit Reigl
Further information and an extensive selection of works may be viewed on the artist’s website.

SELECTED WORKS FROM THE EXHIBITION
Also on view were drawings from Ubu's previous exhibitions of Judit Reigl Unfolding Unfolding and Annus Mirabilis, Annus Horribilis: Works from May 1954–June 1955.