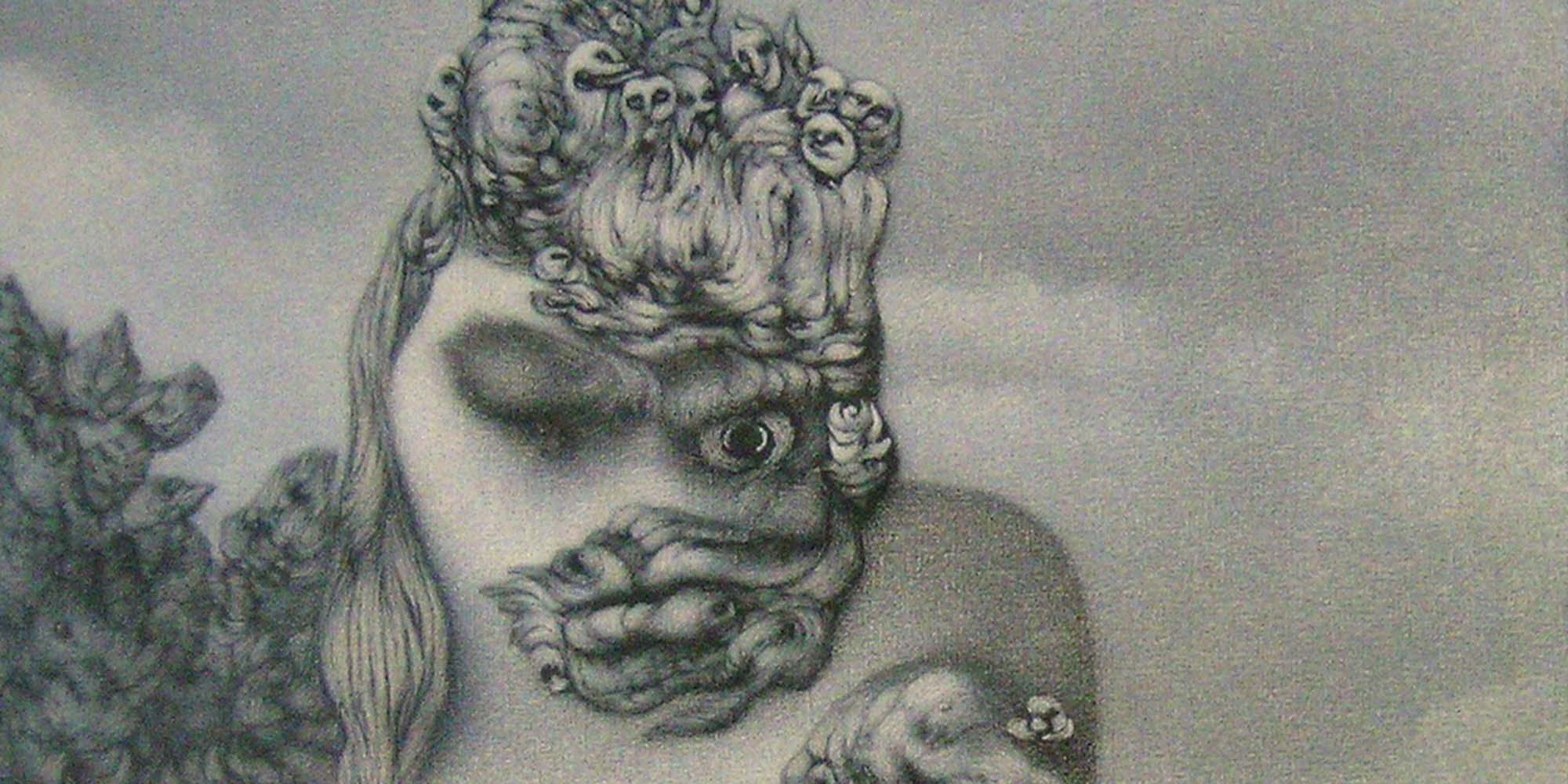 Ubu Gallery presented Richard Oelze: Paintings & Drawings from the 1950s & 1960s, an exhibition of works by a one-time Bauhaus student whose early contact with the works of Dalí, Ernst and Magritte made him one of the few German artists with direct contacts to and affinities with the Paris Surrealists. Oelze’s works capture his belief that the making of art was an act akin to clairvoyance; that the artist was like a blind man, incapable of seeing reality, but capable of prophesy; and that history would certainly confirm these prophecies, which were invariably of a sinister nature.

Oelze evidenced an early artistic talent and, following brief military service in World War I, attended the School of Applied Arts in Magdeburg, Germany, where he had been born into an ascetic, middle-class family in 1900. Between 1921 and 1925, Oelze was a student at the Bauhaus in Weimar, where he studied with Walter Gropius, Johannes Itten, Oskar Schlemmer and, most probably, with Paul Klee. Around 1929, Oelze was exposed to the work being done by the Surrealist group in Paris, particularly that of Dalí, Ernst and Magritte, and this determined a course for his own work from which he did not waver for the remaining 50 years of his life.

Positioned somewhere between German Romanticism and French Surrealism, Oelze’s art is filled with dark and turbulent imaginary landscapes, populated by grottoes and inhabited by a humanity altered by some only hinted at cataclysm. Oelze’s works from the 1950s and 1960s are further informed by his second tour of military service in World War II and their visionary depictions are rich in warnings, but offer no alternatives for what Oelze presents as an imminent future.

Oelze was represented in most of the important Surrealist exhibitions from the 1930s into the 1960s, including “Fantastic Art, Dada & Surrealism” at MoMA in New York in 1936, as well as significant international exhibitions such as Documenta II (1959) and Documenta III (1964). His most famous work “Expectation” (1935-36) was purchased by Alfred Barr for MoMA in April 1940 from Julien Levy, who had acquired it directly from Oelze probably in 1936.

A catalog on CD produced in conjunction with the exhibition is available for purchase from the Ubu Gallery shop.