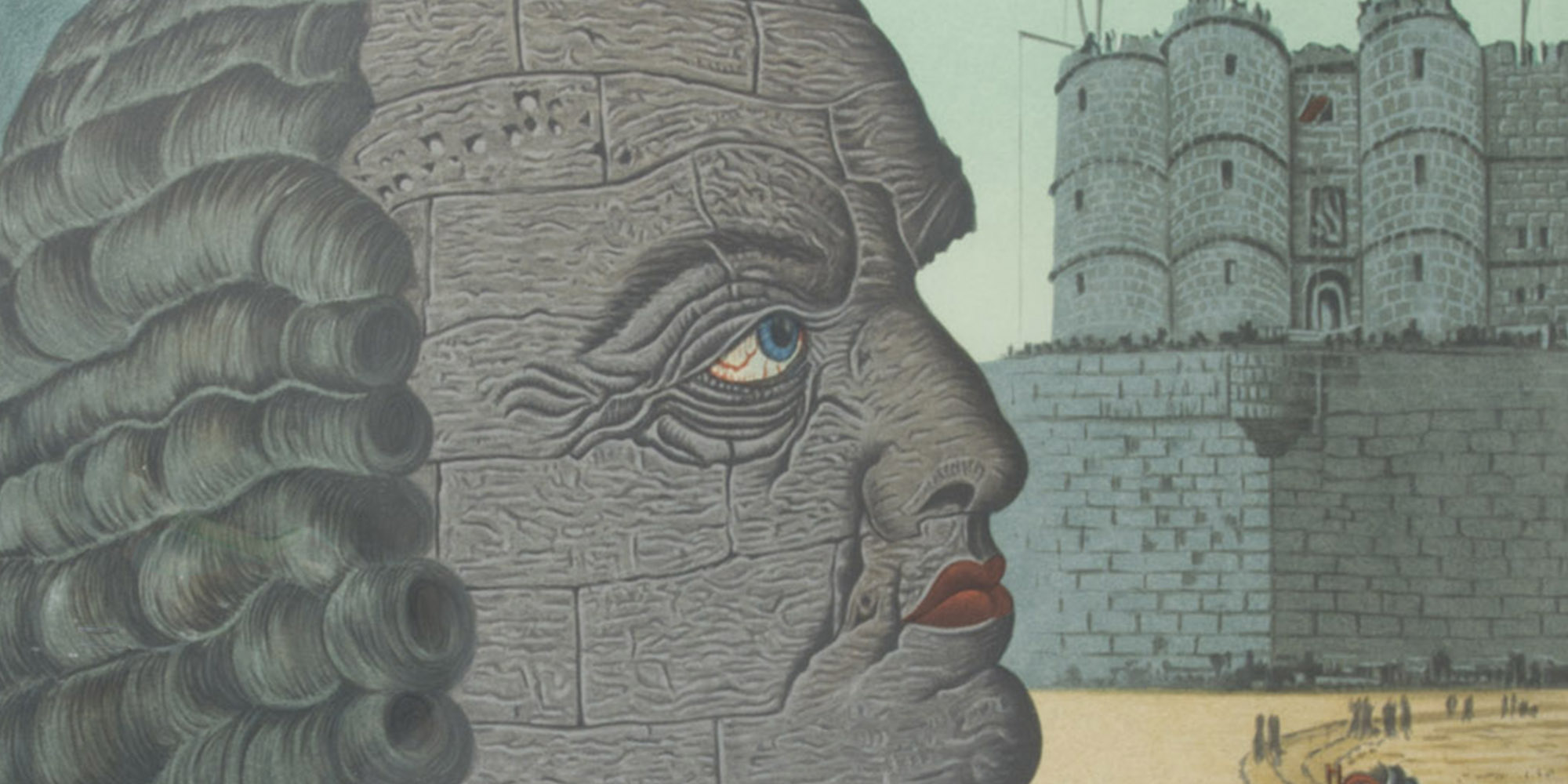 SADE: Artists Under the Influence

Ubu Gallery is pleased to have presented an exhibition of works picturing or directly referencing the Marquis de Sade (Donatien Alphonse François de Sade, 2 June 1740 – 2 December 1814). Sade’s influence is keenly perceived and felt in the works of the Surrealists, who sought to liberate and give expression to the mysterious and aggressive drives lurking within the unconscious mind. Surrealist artists, such as Hans Bellmer and Man Ray, made use of ideas, themes, and scenarios based on Sade’s writings, attempting to emulate Sade — as well as other, later écrivains maudits of the 19th Century, like Lautréamont and Rimbaud — by giving free rein of expression to all manner of psychopathological impulses and wanton paraphilia, including rape, murder, sodomy, coprophilia, and blasphemy.

In the early 20th Century, Guillaume Apollinaire uncovered rare manuscripts by Sade in the Bibliothèque Nationale in Paris. Apollinaire published a selection of these writings in 1909 in L’Œuvre du marquis de Sade, where he introduced Sade as “the freest spirit that had ever lived.” Sade was subsequently celebrated in Surrealist periodicals. The first Manifeste du surréalisme (1924) announced Sade est surréaliste dans le sadisme (“Sade is Surrealist in Sadism”). In the eighth issue of La Révolution surréaliste (December 1926), Paul Éluard revealed the growing fascination of the Surrealists with sexual perversion in a piece celebrating the writings of Sade. According to Éluard, Sade “wished to give back to civilized man the strength of his primitive instincts.” He lauded Sade as a writer fantastique and révolutionnaire. Extracts of the original draft of Justine were published in Le Surréalisme au service de la révolution.

Man Ray was an ardent admirer of Sade, who for the Surrealists personified the intersection of sex, violence, radical politics and intellectualism. According to Ray, his Parisian neighbor, Maurice Heine – who pieced together Sade’s manuscripts from libraries and museums in Europe and published them between 1926 and 1935, brought the original 1785 manuscript of 120 Days of Sodom to his studio to be photographed. A photograph with drawing by Man Ray entitled Monument à D.A.F. de Sade – depicting a pair of buttocks framed within an inverted cross – appeared in the fifth issue of Le Surréalisme au service de la révolution (May 1933), and captures the philosophical spirit of Les 120 Journées de Sodome: explicit sexuality, blasphemy and an implied preoccupation with anal sex.

Ray also made various “imaginary portraits” of Sade, depicting the looming face of a mature, fleshy Sade, whose visage is somewhat monstrous, even grotesque. Apparently this came about because of a conversation with Heine, who said that it was a shame there would be no image of Sade to go along with the new annotated publication he had worked so long to prepare. Man Ray said, “Heine told me, ‘I’m going to publish unpublished manuscripts, but it’s a pity: there’s no portrait of Sade, except in the family, where there was a little pastel of him, when he was twelve, dressed like a little gentleman; it’s all that has ever been published.’ I said, ‘Well, I’ll make you one.’ I knew enough, I had read a lot of articles, the archives of the police in Marseilles, and Apollinaire’s book on Sade. Apollinaire said, ‘He is the freest man.’” This portrait began as a series of equally moving, if stark, sketches, where Man Ray plays with the shape of the head and especially the depth of the eyes.

Sade’s influence on visual artists was explored in grander and less rigid fashion in both Sade/Surreal, a 2001 exhibition at the Kunsthaus Zurich curated by Tobia Bezzola and more recently in Sade: Attaquer le soleil curated by Annie Le Brun and presented in 2014 at the Musée d’Orsay.