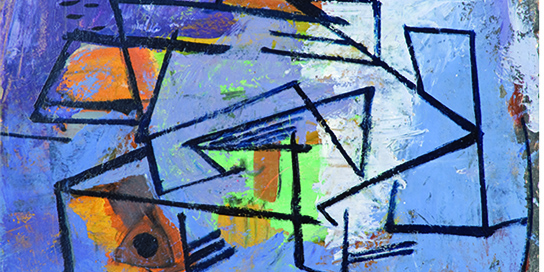 Ubu Gallery was pleased to have participated in FIAC 2017. Ubu Gallery presented a survey of the historical avant-garde in Central and Eastern Europe between the two World Wars.

The influence of Dada and Surrealism was particularly pervasive in middle Europe during the 1920s and 1930s. In Czechoslovakia, they gradually replaced Functionalism and Constructivism as the principal ideologies of the avant-garde. Surrealism dominated the International Exhibition of Photography organized by the Mánes Union of Fine Arts in Prague in 1936, the largest presentation of its kind in the 1930s. The Polish avant-garde went through several different focuses between 1920 and 1940, with a wide range of styles and influences, among them Surrealism, Cubism, Expressionism, Constructivism, Utilitarianism, Functionalism, as well as drawing significantly on folk tradition. The avant-garde movement in Romania was international in scope and more closely aligned with avant-garde literary movements in other parts of Europe and reflected Constructivist, Surrealist and Dadaist tendencies. Similar trends were evident in Yugoslavia (Serbia, Croatia and Slovenia), Latvia, Bulgaria and Georgia. The common theme of all of these Central and Eastern European avant-garde movements was to subvert established social and artistic norms with the intent of provoking a new progressive society out of the destruction wreaked by World War I.