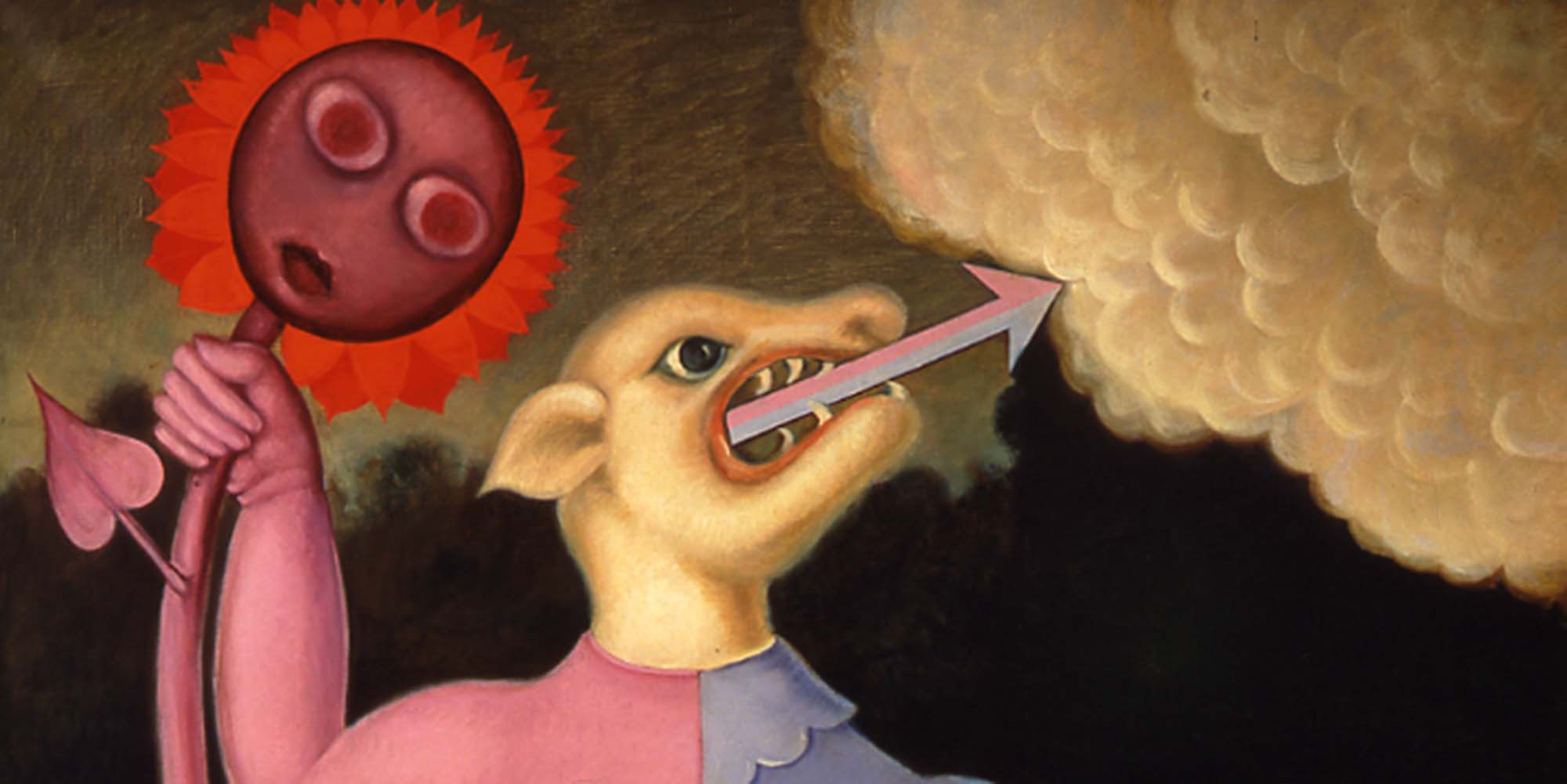 To celebrate the centenary of the artist’s birth, Ubu Gallery presented an exhibition of more than 40 works, mostly paintings, by the Romanian/French avant-gardist, Victor Brauner. An early adherent of the Surrealist movement, Brauner actively explored the mystical and the occult. Both in content and style, his art represents a remarkably fertile fusion of wide-ranging world mythologies and religious beliefs, from Egyptian to Aztec, Native American to Oceanic, Jewish to Hindu, among others. While focusing primarily on figuration—whether human, animal or mythological beings—and appearing thematically simple or straightforward, as if invoking images from a child’s storybook, they are in fact underpinned by a lexicon of symbolism and “ideal” forms that weaves an intricate tapestry of meaning. While poised occasionally to veer into the realm of kitsch, they are profound explorations of complex themes, particularly oppositional forces represented by a physical duality or “doppelganger.”